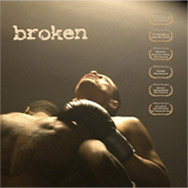 The successful festival short film Broken tells the story of a boxer from East Los Angeles struggling with defeat and unrealized dreams.

Broken has been selected to screen at over a dozen film festivals both in the U.S. and internationally, including Italy, Mexico, Peru and Cuba.

THE FIGHT IS EVERYTHING!

BROKEN from David Wendelman on Vimeo.